FAQ: What Is A Normal Amount of Sex In A Healthy Marriage? 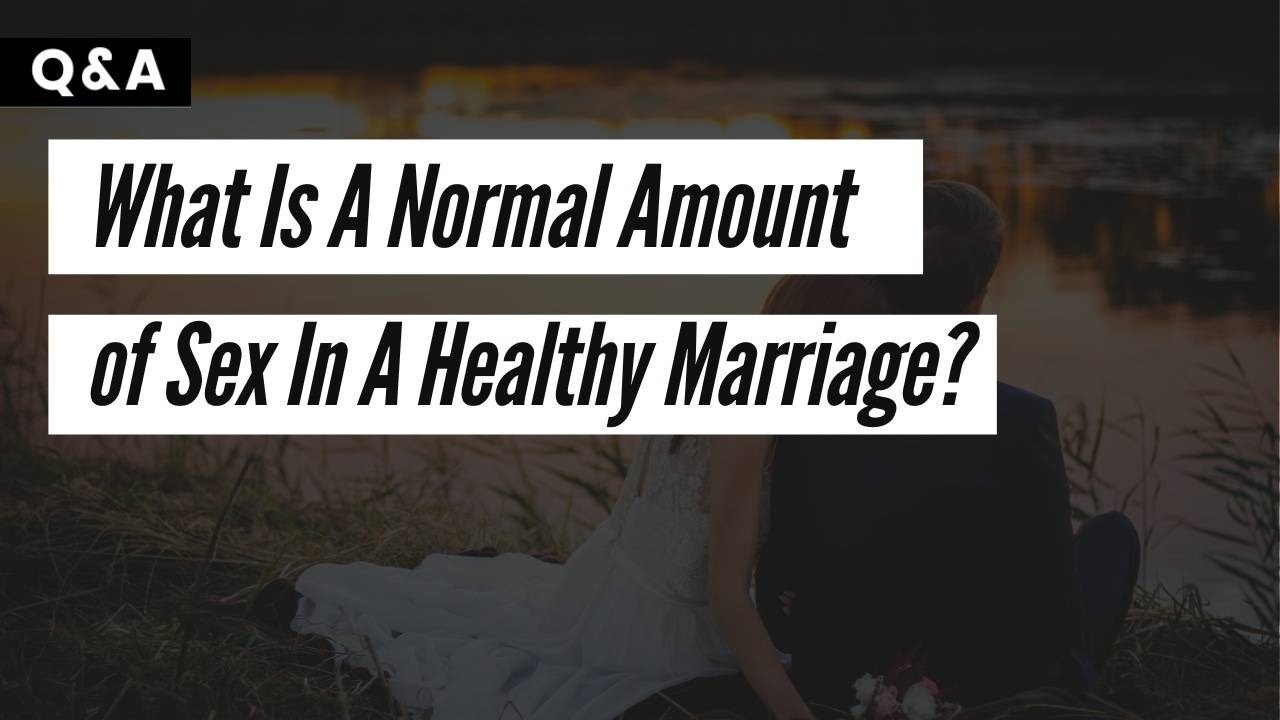 A common point of friction in marriage is the frequency of sex. Inevitably, one person in a marriage will always have a higher sex drive than the other – and it's not always the guy. Many of our expectations around sex are influenced by our upbringing and culture, in addition to our individual preferences and personas, but today's article examines the subject from a more objective standpoint.

We recently had Sheila Wray-Gregoire on the podcast. If you aren't familiar with her work, she wrote The Great Sex Rescue, and has more or less made it her mission to debunk the many misnomers that exist in Christian circles around sex and sexuality. While all of her content is exceptionally insightful, she shared an insight regarding sex frequency in a marriage that I haven't been able to shake.

I still remember when I was packing for my honeymoon, a couple of days before I married Shaloma. Bathing suit - check. Shorts - check. T-shirt - check. Sunglasses - check. 4 boxes of condoms for all the epic sex we were going to have - check, check, check. Honeymoon is the holy grail for Christians and I was ready to finally let loose.

While I may have overestimated just how much sex we'd have on the honeymoon, I wasn't off by too much. My wife and I were enjoying the new freedoms we had and the bonding that resulted. But all good things must come to an end, and after 10 days on the white sandy beaches of Jamaica, my wife and I returned home. Queue the next set of expectations.

For some reason I thought that we should be having sex about 3 times per week. No one told me that. I don't think I read it or heard it anywhere. But in my head, that number sounded about right. So when we only had sex twice in our 7th week of marriage, I was freaking out. We were in crisis! (Ok I'm overdramaticizing this a bit but you get the idea). I realized that my standard of 3x/week had virtually on basis, so I started asking around...and by asking around, I mean reading through forums.

The forums were useless for finding the 'correct' amount of sex a couple should be having, BUT it revealed something that was rather liberating – everyone was just as clueless as I was. Some guys were barely having any sex in their marriage and didn't seem that fazed, other guys were having sex multiple times a day and it was simply their norm. There was a huge variety, and everyone's expectations/standards seemed more or less subjective.

The reason I am particularly fond of Sheila's work is because there is empirical data to support her claims. In a conglomerate of surveys involving over 25,000 men and women (roughly 20k women and 5k men to be precise), they identified the "magic number." If you have sex a certain number of times per week, it is shown to have a major impact on relational satisfaction. If you fall below this magic number regularly, you'll start to feel the effects in the emotional and spiritual connection. Interestingly, if you go above this magic number regularly, the difference is nominal.

What I found particularly liberating about the magical number is that it wasn't outrageous or impossible, and it made my expectation of 3x per week look pretty ambitious! Yes, that's right. It turns out that if a couple has sex just once per week, it will cover a "multitude of marital issues", so to speak. Just once!

Married men – do you think you can commit to that?

Single men – would you be willing to adjust your expectations accordingly?

We cannot afford to make sex something it is not – it's not the holy grail at all. It's not the solution to relational conflict nor is it the backbone of a healthy marriage. Sex is God-designed interaction between husband and wife that unites the physical, emotional, psychological and spiritual. And apparently, if it occurs one per week, it adds tremendous value to the health of a marriage.

You can find out more about Sheila's work here. In the meantime, I wish your (future) marriage health, success, and beautiful love-making on a weekly basis, minimum.