FAQ: Do My Sexual Interests Reveal My Sexual Orientation? 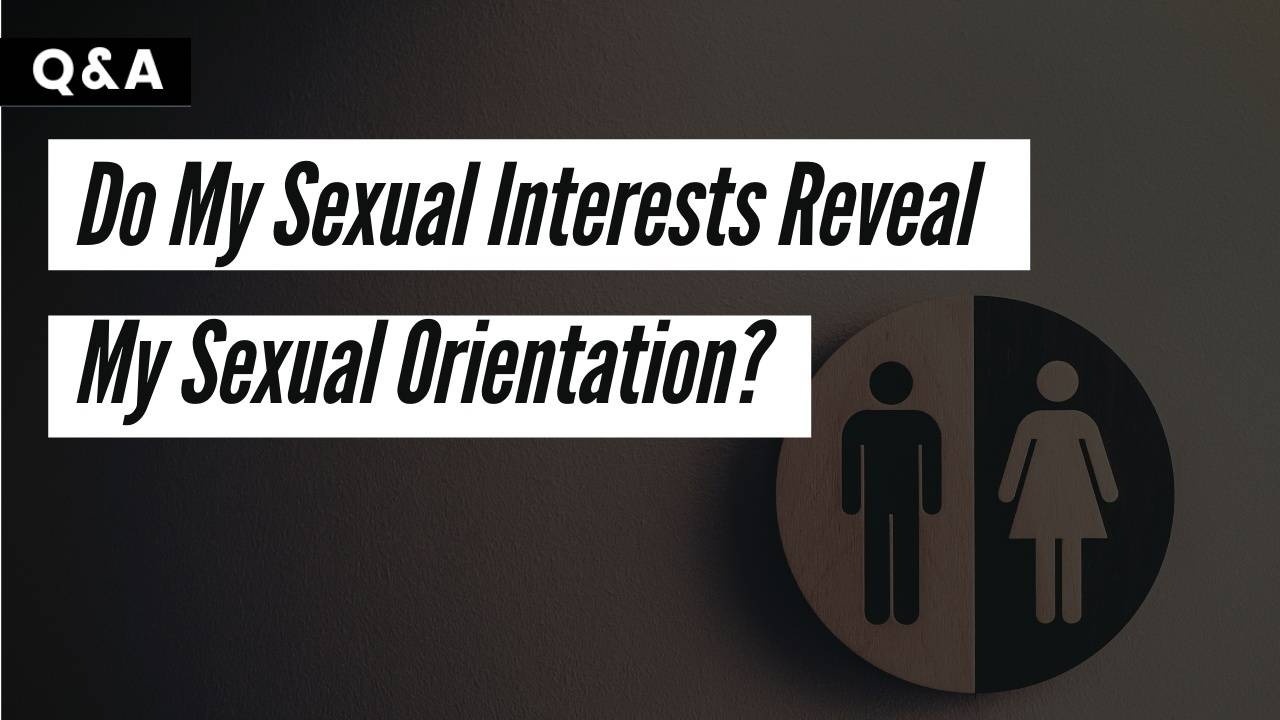 Given the climate of our cultures and societies these days, the subject of gender, identity and orientation have never been more relevant. Today we are confronted with more options and opinions on the matter than ever before. I'm not one to shy away from subjects like this, and I've observed that even within the DeepClean community, men have had to work through difficult questions around the subject, so I thought it would be important to open the discussion a bit.

For starters, let's get some definitions straight.
Sexual Interest – A subject or category of content that elicits sexual pleasure or arousal
Sexual Orientation – An enduring pattern of romantic pursuit
Gender – A classification of masculinity or femininity based on someone's characteristics and traits
Identity – The character of an individual that forms their sense of self

While there are a lot of directions this post could go in, I simply want to offer a few points to ponder around the terms listed above.

-Sexual interest does not reveal sexual orientation: This is a big one. If you have same-sex attraction and even watch gay porn, it does not mean you are gay. The same way that watching heterosexual porn does not mean you are heterosexual. Sexual interests are influenced by our beliefs, upbringing, and several other factors. They are malleable and change with time. They do not equate to sexual orientation.
-Gender and Identity are two different subjects: Many of the headlines and discussions today have merged the concept of gender and identity. While undoubtedly, gender is very much connected to our sense of self, it is not the same thing. True identity is NEVER defined by qualities or characteristics. In its purest form, identity is defined by relationship. My generational identity as a Sam has nothing to do with my brown skin or brown eyes (although let's be real – it comes with the territory). It is simply that I am the offspring of my parents, who are Sams. When the concept of identity is diluted by qualities and/or characteristics, confusion will always ensue.
-Orientation and Identity are two different subjects: Similar to the previous point, someone's sexual orientation simply cannot be a deciding factor in someone's identity. I believe humans are far too valuable to reduce their identity to their sexual orientation. Once again, I will say – identity in its purest form is defined by relationship. The fact that we are sons and daughters of the living God is the purest form of identity we can experience. That is established and set in stone – sexual orientation is a separate conversation.
-Better to be honest and confused than hidden for social acceptance: The rise of the LGBTQ community has revealed that the confusion around gender, orientation, interest and identity has probably been around longer than we realize. While there is higher prevalence in these respective groups now, I do believe that many more existed in years past that simply didn't have the safety to express themselves. It is ok to be confused, it's ok to ask questions, and it's ok to work through things. But the only way you will reach a healthy resolve is if you abide by the previous three points. As a bonus, ensure that your conclusions are based on truths, not facts, from reliable sources that will stand the test of time. This really is the crux of true identity.

Regardless of your interest, orientation, gender and the like, my biggest encouragement is to handle these conversations with love, truth, and grace – whether that is towards others or yourself. We are all learning, growing and trying to find our place in this crazy world.