Clinical Breakdown: The Role of Oxytocin In Orgasm and Recovery 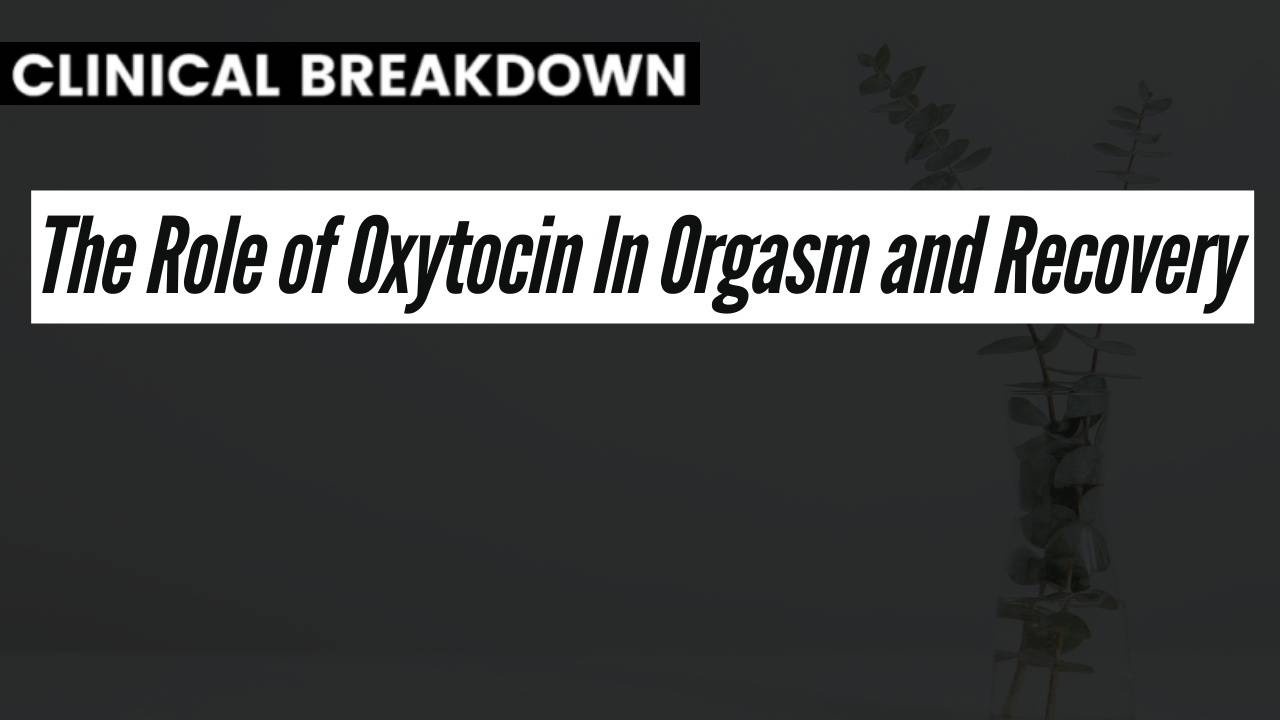 Oxytocin is commonly known as the "love hormone" primarily because it is secreted in notable amounts during breastfeeding. This hormone is believed to be the physiological catalyst for the emotional experience of mother-child bonding. But studies over the last 20 years have revealed that oxytocin is also involved in the male orgasm, revealing that orgasm is not simply a sexual event even from a biological perspective. Understanding the role of oxytocin in your own body is tremendously helpful for managing cravings, learning to love your body, and ultimately, making better decisions for it.

It is helpful to know that oxytocin is especially high in your system the first 30 minutes after orgasm. Really think about that. The same chemical that bonds a mother to child is pumping through your system after you orgasmed – whether it was induced by a person, computer screen, or imagination. You may tell yourself that it's innocent and it's 'not affecting anyone' but your biological systems are bonding to whatever it is that induced the orgasm. This is partially why we keep coming back for more and more.

The psychological part of me felt convicted, guilty, and ashamed. The biological part of me wanted more. Not just because orgasm is euphoric and highly pleasurable, but because I was bonding. If I did cave in a second time, do you think I watched new content or went back to the same content as before? More often than not, I would go back and watch some of the same content, and then branch off into new stuff.

So if you are in recovery, here are a few things to bear in mind concerning oxytocin:

1) Oxytocin Breaks Down Eventually – Oxytocin levels peak the first 30 minutes of orgasm. That is when you will often feel the pull the strongest. Some studies show that it can take up to 24 hours for levels to return to normal. So if you feel strongly tempted the next day or so after a relapse, it is not just the enemy waging war on you. There is biology at play as well. Spiritually, resist the devil and he will flee – find ways to reconnect with God in a meaningful way. Biologically, find things to focus on that give you a sense of meaning or contentment – hobby, time with loved ones, work project, etc.

3) When Things Work In Your Favor When They Work Correctly – How amazing is it that God has designed us to form biological, spiritual, and emotional connections with our sexual partners? The whole concept of oxytocin being involved in orgasm tells me just how imperative it is that sex is taking place within marriage, where we are in a long-term commitment. Prior to getting married, I had experienced orgasms with other women, in-person and digitally. They all pale in comparison to what I experience in my marriage with my wife. The oxytocin secretions that formed so many unhealthy connections back in the day now help me bond and attach to my wife in spectacular ways.

There are many more complexities to the role of oxytocin in the male body, many of which are still being researched to be better understood. For now, take a moment and ask yourself how this information can be applied to your recovery.

FAQ: What Is The Difference Between Sobriety & Freedom? May 19, 2022
Three Superpowers That Guarantee Success May 19, 2022
Clinical Breakdown: The Role of Oxytocin In Orgasm and Recovery May 12, 2022