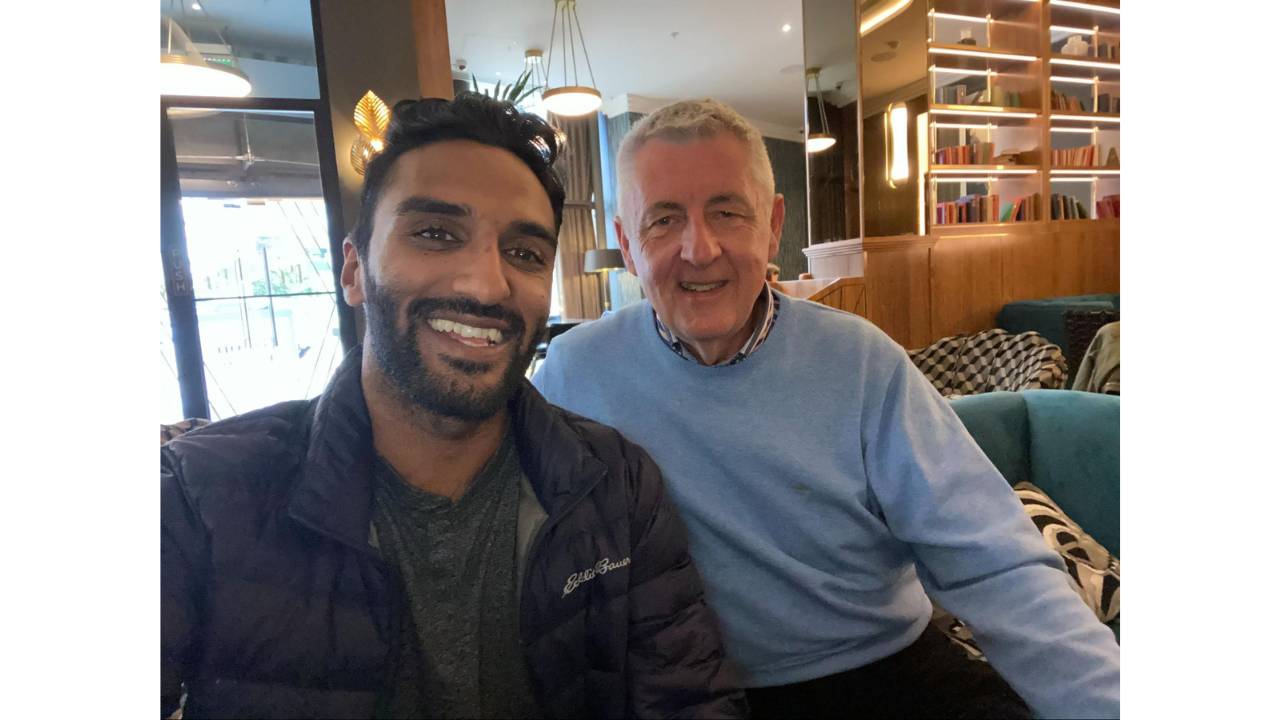 Every generation thinks they’re better than the last.

I am certainly guilty of thinking that my generation is superior to previous generations. Especially my parent’s gen.

And you could probably make an argument for that in some areas of life and society.

But most generations aren’t nearly as great as they think they are.

I realized this in my late 20s. And I more or less concluded that most generations are like every other generation.

They make some things better.
They make other things worse.
Most things stay the same.

And the next generation will do the exact same thing.

BUT in the last couple of years, I’ve realized that was wrong too.

And it’s our responsibility to do the same for the next gen.

The picture above was taken with a highly respected pastor in Northern Ireland just after I had peppered him with 90 minutes of questions about later stages of ministry, what he sees in the global church, and how he is rediscovering purpose as he prepares for the next phase of his calling.

He took each question in stride with a smile on his face.

While it’s true that current generations are dealing with more complicated matters around sexuality than previous generations have, let’s not forget that most of these tensions boil down to the same fundamental human issues.

We could probably figure it out on our own and eventually get there, but I’m finding a lot of joy in fast tracking the process by leaning into the people that have gone before me.

All in hopes that I can give the people behind me a better starting point.

I highly recommend you do the same. You never know what you might learn in the process