What An Ex-NFL Taught Me About Community 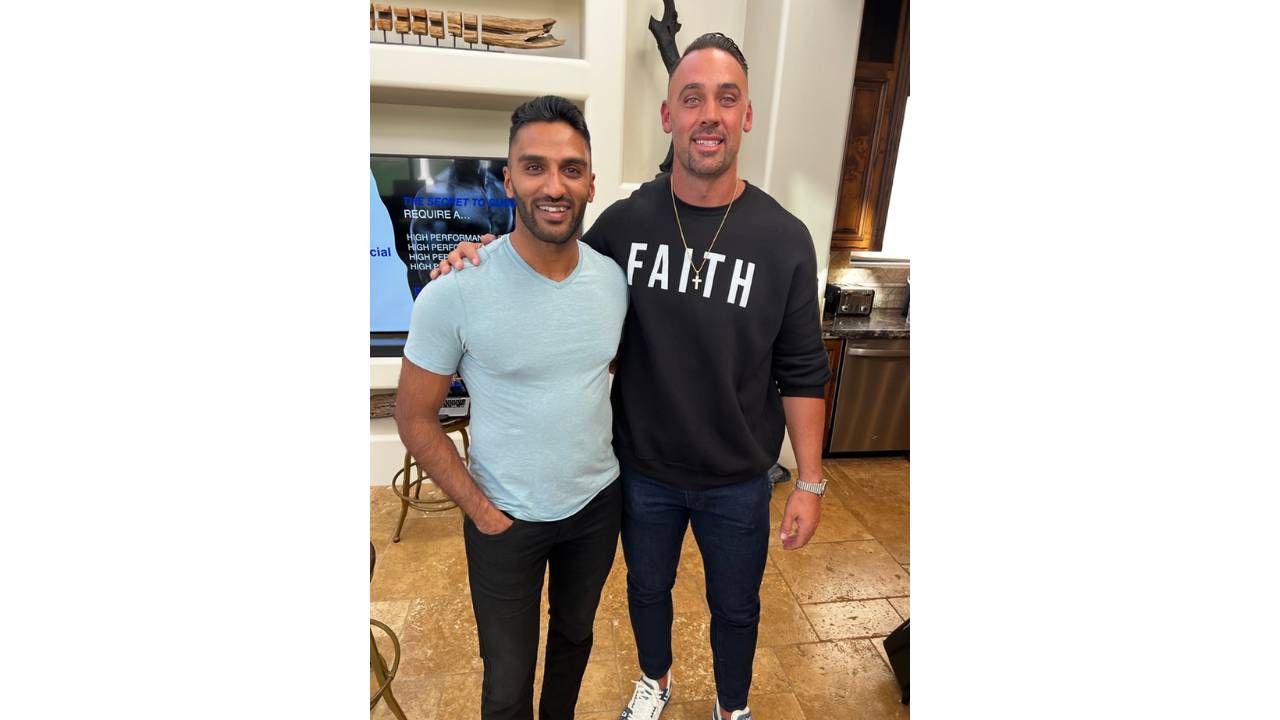 To grow, you must be surrounded by those who are ahead of you.

Recently I had the privilege of being at a mastermind retreat in Phoenix, Arizona with 25 faith-based entrepreneurs from around the world.

Sometimes I attend these retreats and I have specific tactics or strategies that I’m really excited to implement in the business.

Other times I had a conversation that really inspired me.

But this time was different…

Literally all I wanted was to be around people that were more successful than me.
The fastest way to grow is to be the small fish in a big pond.

One of the speakers was John Madsen, who played in the NFL for a couple of seasons before switching to entrepreneurship.

He was a gym owner for 6 years and managed to pay his bills for the most part.
But about 4 years ago something changed… 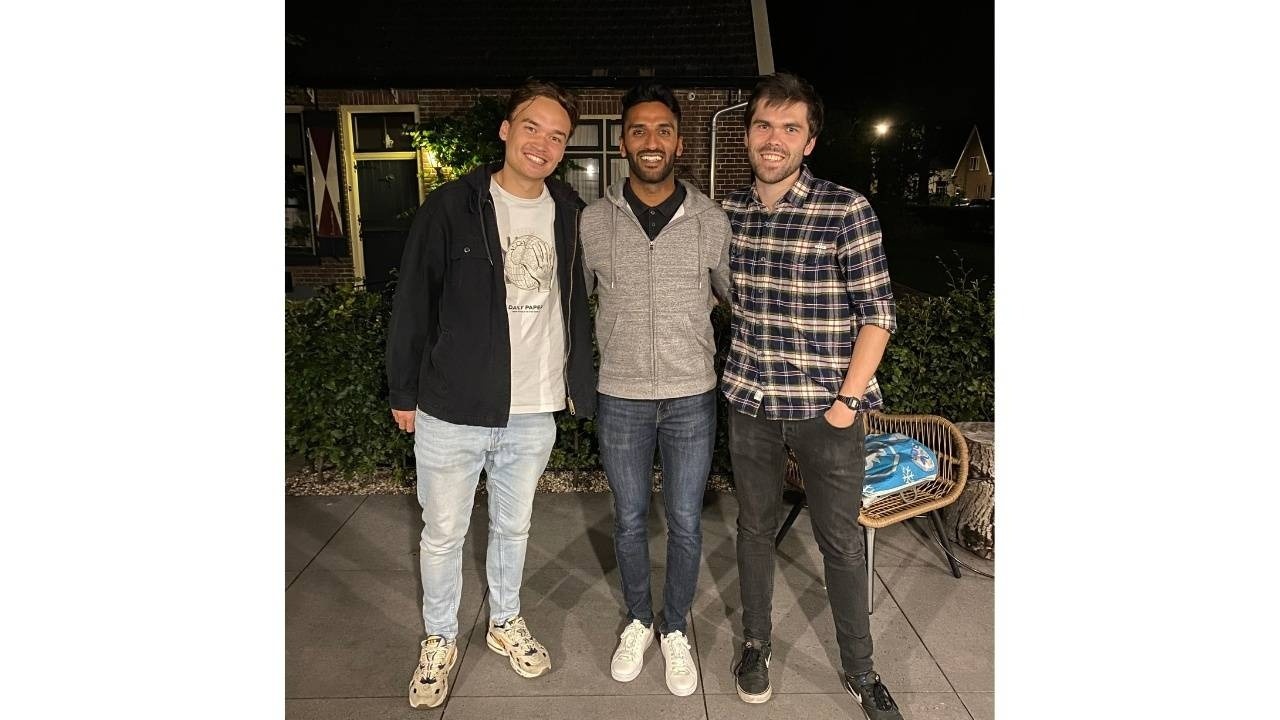 This may just look like me hanging out with two Dutch dudes, but the stories behind this photo are absolutely insane.

When I was in Holland recently, I reached out to two recent DeepClean graduates – Josh (on the left) and Matthias (on the right) – to see if they wanted to get some people together that might be interested in the DeepClean message.

They thought that a gathering in Holland was a great idea and began to ask around, and sure enough it looked like people were interested.

The day came and we agreed to have dinner together beforehand. Meeting clients in-person is always a treat for me – and this dinner did not disappoint.

These guys had clearly been friends for a long time. You could tell from the way they were joking around and telling stories about each other’s lives that there was deep history here. It was fun to watch.

Then both of them began to share their transformation stories.

They talked about how their...

What Being "Powerful" Really Means 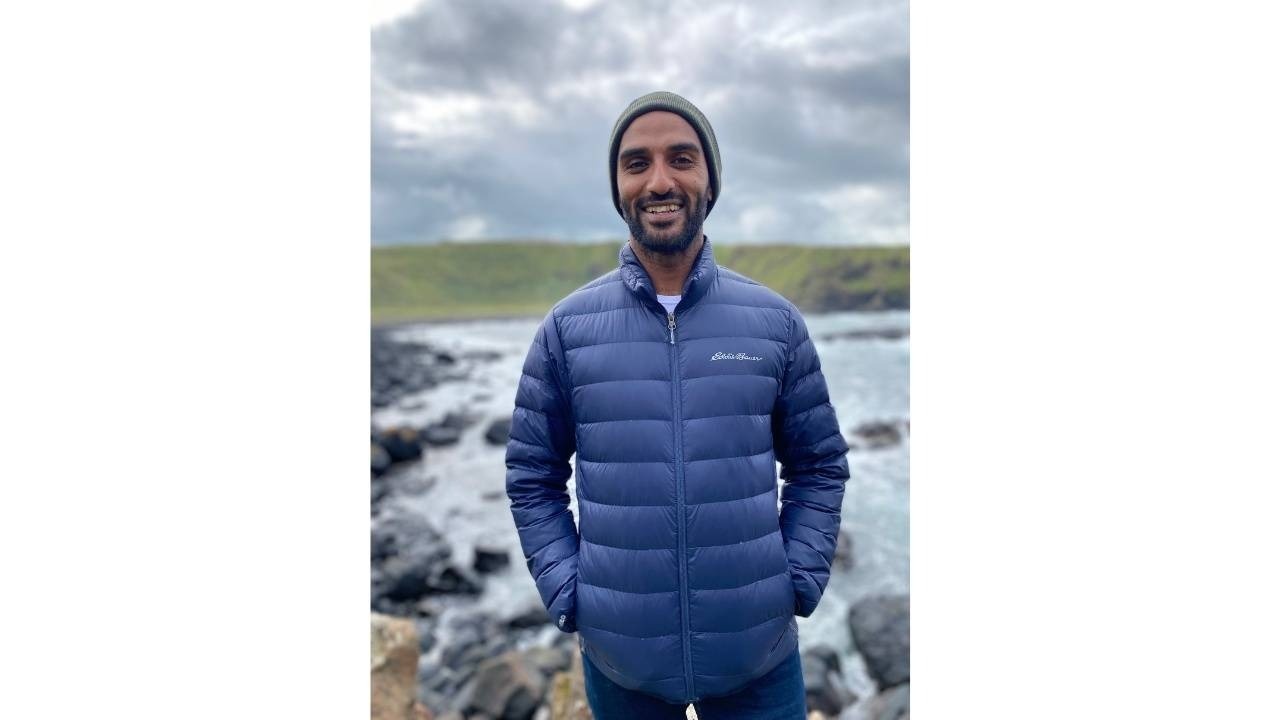 Everything changed when I gave my life to Jesus in the middle of my undergrad.

After spending the previous 6 years of my life devoted to becoming a psychiatrist, almost immediately after I committed my life, I felt a calling to ministry.

While I resisted at first (I was a Pastor’s Kid my whole life and told myself I’d never be like my dad), today, I can’t imagine my life any other way.

I was hesitant about the call to ministry at first, but by the time my degree was over, it was unmistakable.

There was just one problem at the time…

Because of my hidden addiction, I felt
-Unworthy to be in ministry
-Afraid that God could never use me
-Terrified of being found out...

Do You Have What It Takes To Recover? 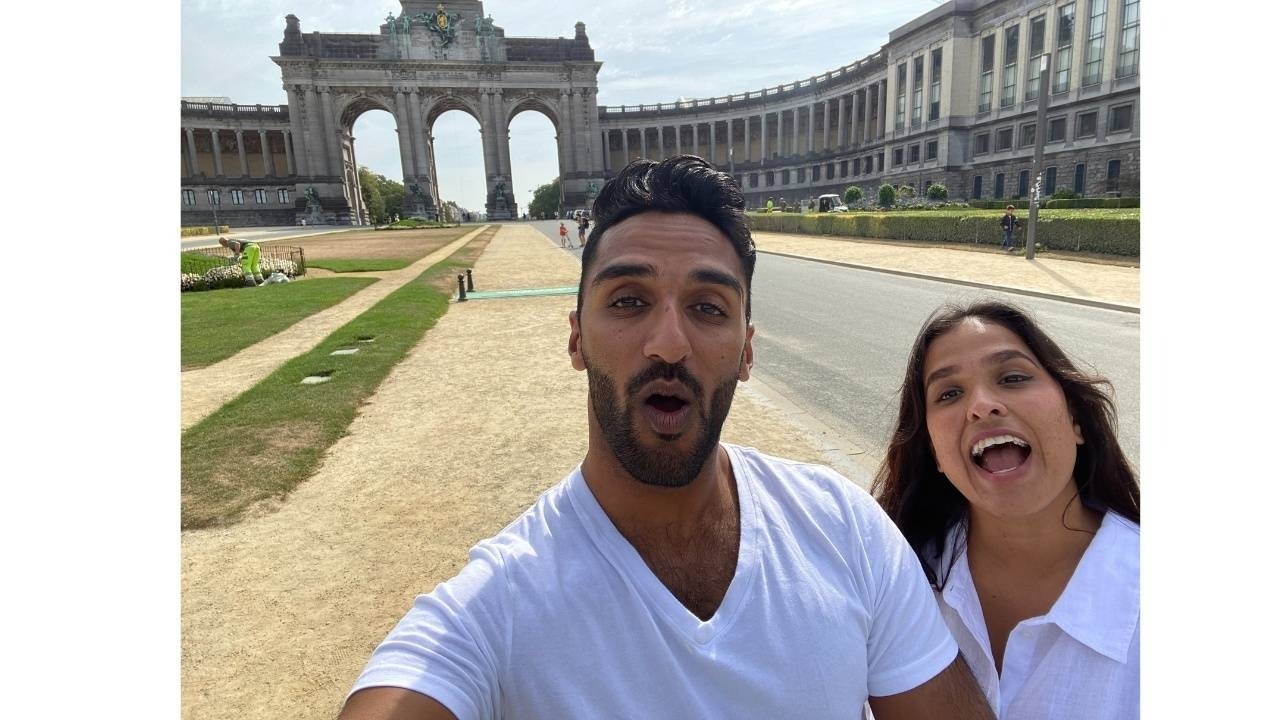 “I just don’t have what it takes.”

I figured those who were experiencing freedom either weren’t as badly addicted as me or they had something in their DNA that gave them an advantage.

And even though it was a hopeless feeling, it was also a RELIEF…

Because it meant for another day I could blame something else for my addiction.

There were 2 things that shifted my perspective. And had they not happened, I wouldn’t be experiencing…

-6.5 years of freedom
-Happily married for 3 years
-Starting a coaching practice that is helping hundreds of men break free

The first was taking responsibility – this meant stopping the pity parties; ending the blame game; and ultimately - agreeing to do the heavy lifting necessary for a full recovery.

The second was filling myself with hope.

This meant getting quick wins and celebrating...

Paying Attention to Where You Pay Attention 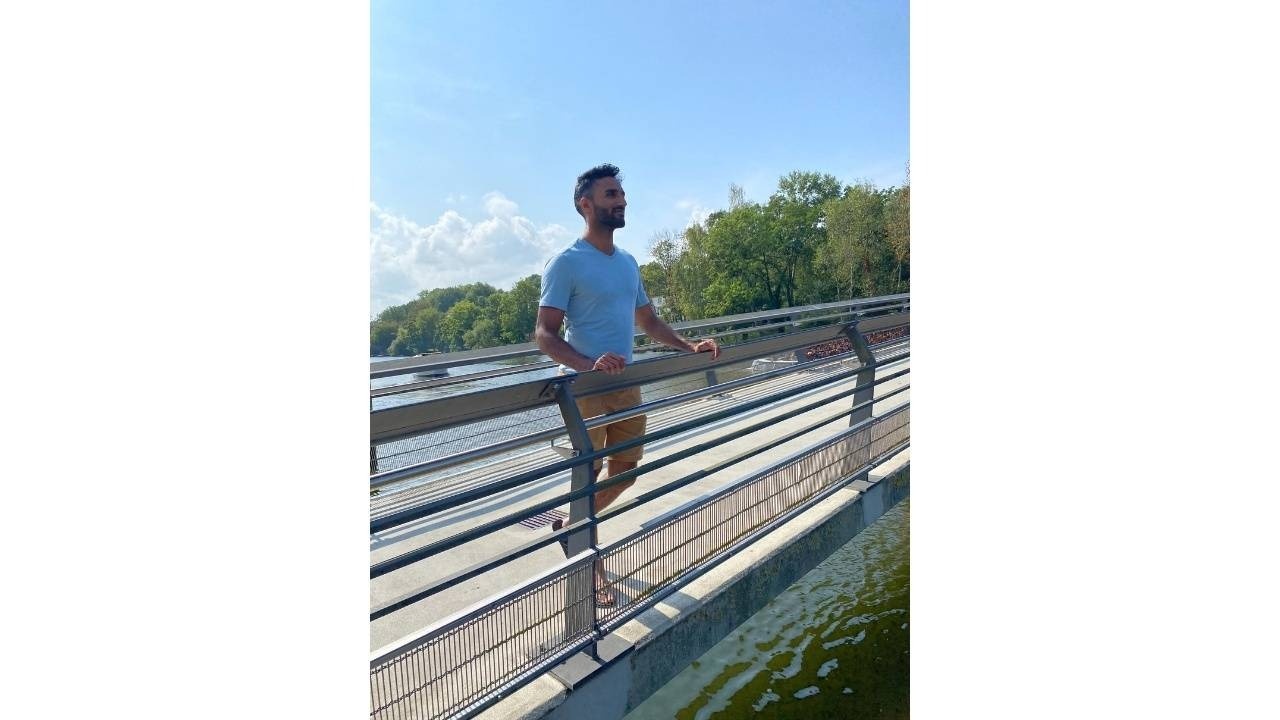 Your attention determines your direction.

If you want to stay addicted to p*rn, just follow what I did the first 2 years of recovery:

-Cheaped out on solutions (filters, books, etc)
-Settled for surface-level recovery (will power, spiritual disciplines, etc)
-Spend most waking moments praying that I wouldn’t be tempted
-Living in fear of my next relapse
-Constantly thinking about how awful I am/how much is wrong with me
-Praying God would take the addiction away from me

I basically channeled all of my resources to AVOID sin and it nearly ruined me. Now don’t get me wrong – avoiding sin is noble. Necessary.

But you know what happens when all you think about is avoiding sin?

Sin starts to occupy your mind!

It starts to consume your attention. And before you know it…

Why Paragliding Off A Mountain Isn't That Scary 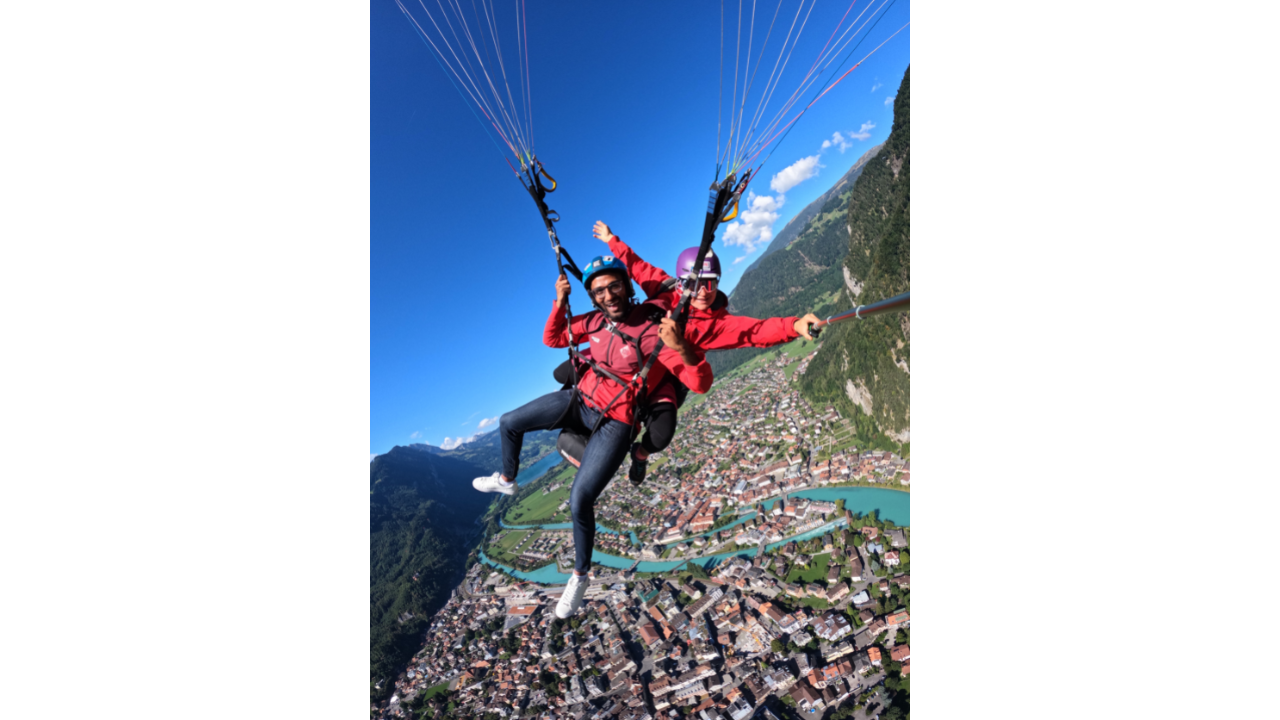 The truth? I am terrified of heights.
The lie? All heights are equal.

My wife and I were in Switzerland recently sharing the DeepClean message and celebrating a good friend’s wedding.

We (aka she) decided to spend our days off doing adventurous (aka terrifying) things.

First up was a cable car up the mountains to Grindelwald. Literally every picture we took there looks photoshopped. Straight out of a movie.

Grindelwald also boasts a walkway along a cliff face that is pretty wild.

You follow the contours of the cliff until you reach a view that money could not buy. It is just you and the alps with a small metal apparatus underneath your feet.

I don’t know this from personal experience because I chickened out. My wife told me about it after she did it lol.

Second was paragliding off a mountain in another stunning town called Interlaken.

So there I am – saddled in, parachuting up, running down a hill praying that the wind catches and that I will one day get to... 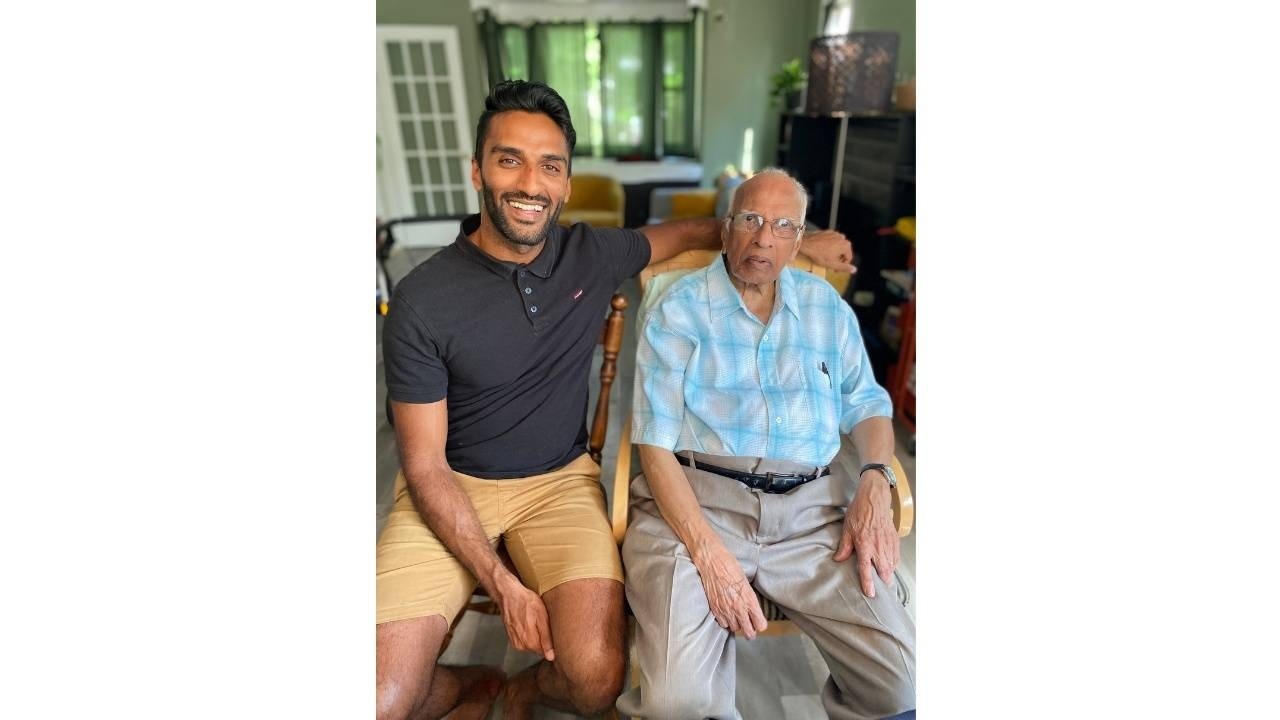 You never know how one decision could change generations.

My grandpa immigrated from India to Canada in the 70s.

He and my grandma are the reason that I have been able to grow up with the embarrassment of riches that North Americans experience every single day.

Nothing could be further from the truth.

Whether you can see the people or not that are impacted, this addiction is bigger than you.

But on the flip side…so too is your freedom.

Your recovery could literally change the trajectory of hundreds of generations after you.

I’ve had the chance to go back to India several times, and while it is a beautiful country with amazing people, I leave every time incredibly grateful for my Grandparent’s brave decision nearly 5 decades... 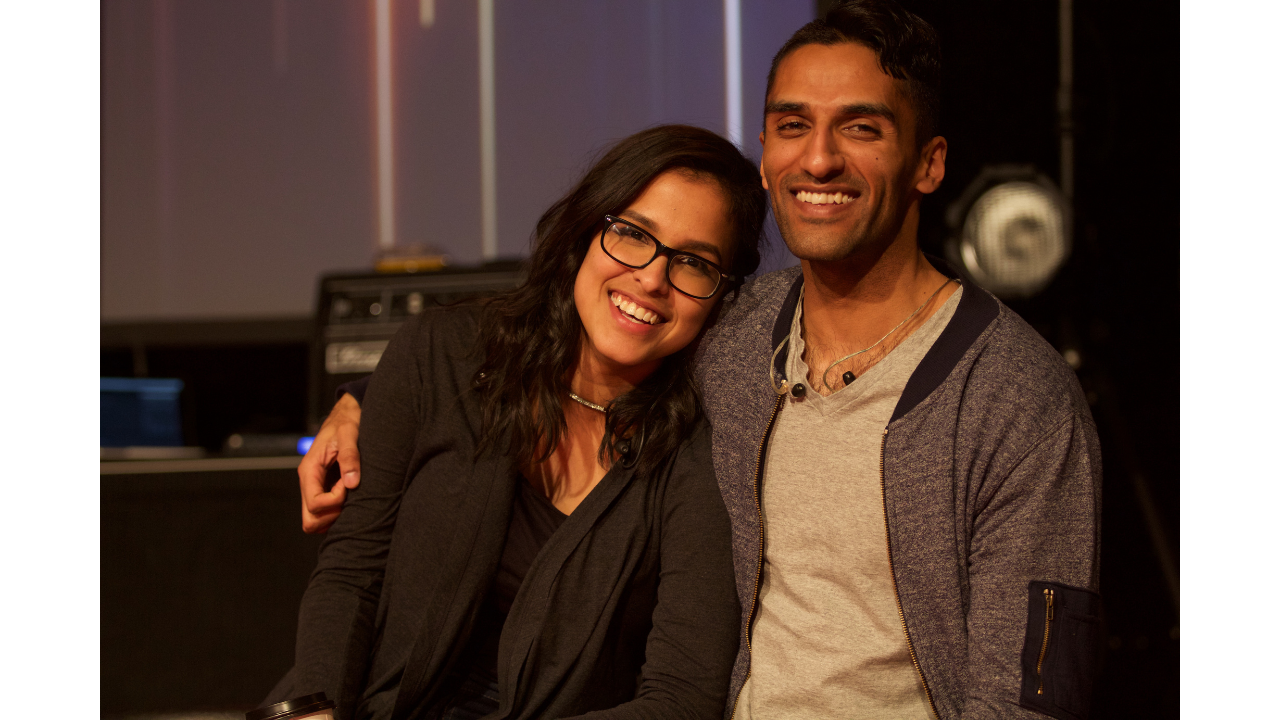 A lot can change in 5 years.

In April 2017, when this photo was taken, my wife and I had been together for a few short months.

We were just getting to know each other.
Had zero conflict in the relationship.
And I was pretty sure I was going to marry her.

But all good things take time…

It was another 2.5 years of dating and engagement before we finally tied the knot on September 8, 2019.

I wouldn’t trade a minute of it for the world.

That quote feels very real as my wife and I recently celebrated our 3rd wedding anniversary.

When our relationship hit hard times - sickness especially - my initial response was to figure out how to fix the situation asap.

When Shaloma and I had some of...

Getting Married After A 15 Minute Chat 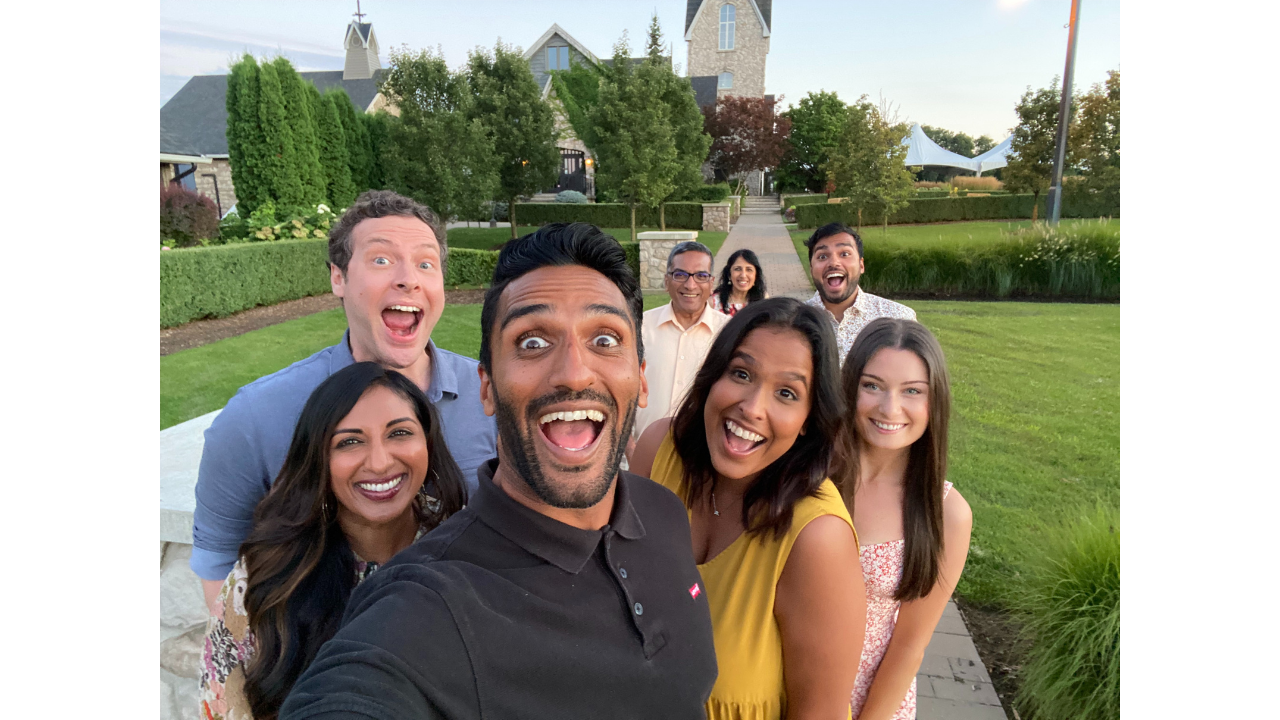 My parents decided to get married in 1983 after knowing each other for a grand total of 15 minutes!

My Dad lived in Canada at the time, my Mom was living in India.

So what do you talk about when you only have 15 minutes to decide if the person in front of you will become your life partner?

Ten days later they were married.

Three kids, one retirement, several moves, and many memories later, my parents just celebrated a whopping 39 years together!

Not only have they set a quality example for me and my siblings to follow in our own marriages, they help other couples strengthen their marriages through their coaching practice (and newly released book called The Unbreakable Marriage).

While we were celebrating their anniversary,... 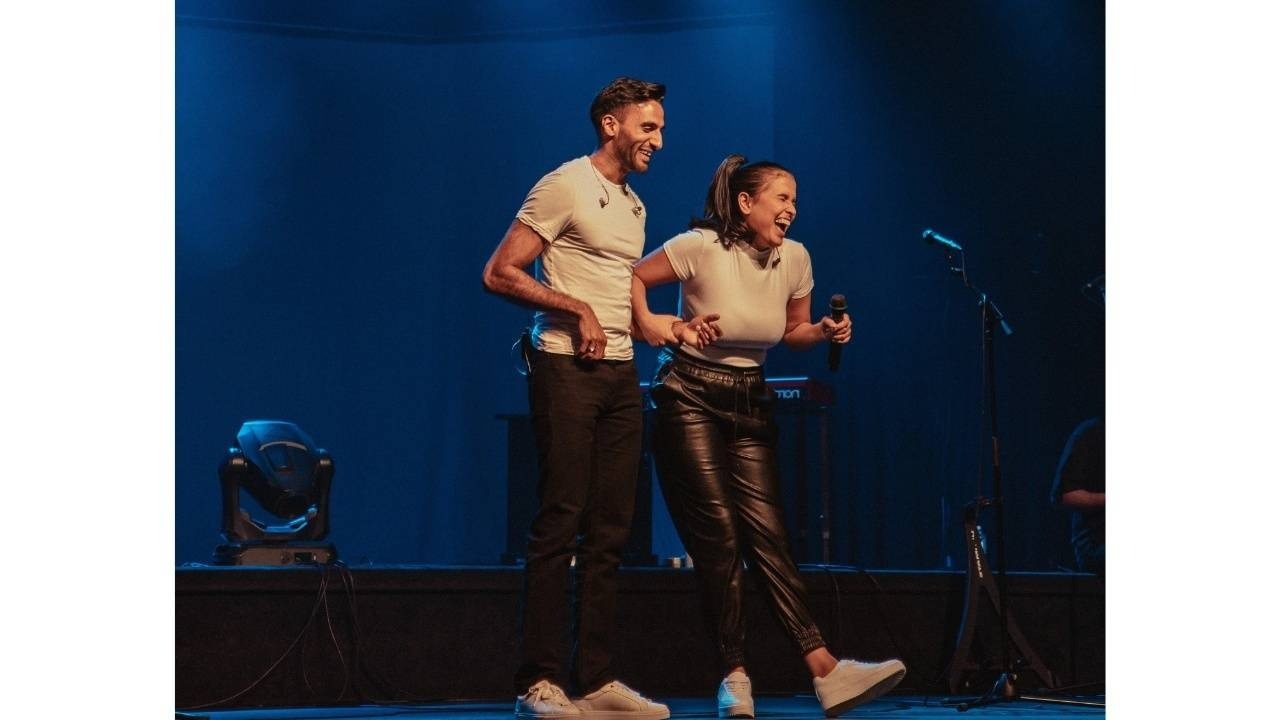 My wife: “My husband does so much…He runs his business, and he uh...um…hmm…hey what else do you do anyway?”

She’s not wrong…I’ve been super dialed in the last 12 months refining our program, extending our reach, and building a team to help me do it all.

We’ve continued to run Unleash The Man Within 5x/week, wrote a best-selling book called The Last Relapse, and have dramatically extended our reach with this newsletter and our social media accounts…

But by far the BEST part of what has been happening is that we are helping men step into their callings, including:

Jason quitting his job to start a business
Piero feeling confident to finally become a father
Chris marrying the girl of his dreams after almost losing her
Henry overcoming 4 decades of addiction as a local church pastor and helping others get free now
Stuart finally getting...